Lessons to be learnt from the Israeli Eco-System

Israel, a young nation founded in 1948, is approximately 20,000 sq km— possibly as big as a district in India. The country with a population of over eight million, has given birth to several unicorns. The small nations adversity driven culture actually fosters a combination of innovation and entrepreneurial intensity. Israel has more companies  on the NASDAQ than Korea, Japan, Singapore and all of Europe combined.

What are the factors that make Israel a great eco-system and its entrepreneurs different?

An important component of of Israel’s innovation ecosystem is the presence of more than 300 incubators and accelerators, one that focuses on different industries and economic sectors. There is the Israeli air force accelerator which represents the first accelerator in the world in the military sector. The government also supported innovation through the academic enviornment and Israel is considered as one of the pioneers in tech transfer.Israel is an entrepreneurial powerhouse and a hotbed for pioneering technologies,profitable business opportunities and high investment returns. Israel’s unique society and culture,strong economy and government support and ‘global first’ market approach are just a few of the factors that make Israel’s ecosystem one of the most successful in the world. It is in the DNA of the people of Israel to find a solution for any problem and improvise.Israel has so many enemies and one needs to survive and find innovative ways to solve a problem. Example Space IL, a startup that was looking at the first Israeli unmanned moon landing– worked for nine years with millions of dollars of investment.When the attempt failed, the team immediately announced a second attempt, saying that one failure didn’t mean that there was no reason to try again.This was possible because it had a strong support from the government and investors

Schools have a strong push towards entrepreneurial learning.Israeli culture and regulations reflects a unique attitude towards failure,one that has managed to repeatedly bring failed entrepreneurs back into the system to constructively use their experience to try again,rather than leave them permanently stigmatized and marginalized.

It is important to realize that entrepreneurs face some challenges  that that they have to overcome. The following are some of the common challenges

One of the basic difference between India and Israel is how ‘failure ‘is viewed as.In Israel failure is not penalized. Entrepreneurs who created companies that failed are looked upon as people who gain from their experience. It is critical that people who fail  are not looked down upon. As the country is located in a war zone, Israeli’s have developed a refuse to die mentality and they strive to progress forward no matter what. Persistence is the key and they are never afraid to challenge status quo.

The Game of Startups: Lessons from ‘Game of Thrones

Startup—the qualities needed and the nuances

‘Importance of Incubation Centres in the Atmanirbhar Bharat Campaign’ 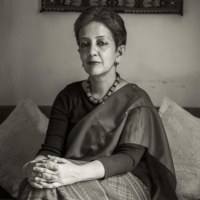